Sony should have released God Of War:Ascension and Gran Turismo 6 exclusively for the PS Vita

PS Vita is the best handheld ever created,but it doesn't have the exclusive titles that will "force" people to buy it.Sure there are some great examples such as Uncharted:Golden Abyss,Killzone Mercenary,Tearaway,Little Big Planet but that's not enough after 2 year that the machine has been in the market. 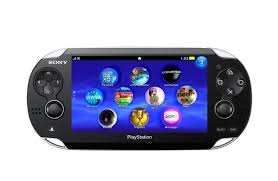 Third party western support seems like something very difficult for the handhelds in general,especially for the PS Vita with a small install base of 8 million in two years.But Sony should have tried even more to boost Vita sales in Europe and North America,as the company did in Japan.PS Vita sales in Japan have picked up cause of the support of third parties and  Sony's Japan Studio.With the shocking NPD sales for March in the United States of just 10,000 units PS Vita is in real trouble despite the great indie efforts and the Japan localizations.Sure the Borderlands 2 PS Vita Slim bundle will probably help sales for a while,but a two year old port of a great game that most users have already played is not the right answer to the problem.

Looking back in 2013 Sony supported PS3 with great exclusives despite the fact that the machine is coming to the end of its life circle.PS Vita also had its exclusives but the two most iconic Sony's franchises God Of War and Gran Turismo released for the PS3.Neather of them sold what have Sony would expected mainly because of the late life circle release and the expectation of the next gen PS4.All console God Of War titles has sold around 4-5 each but God Of War:Ascension hasn't managed to sell more than 2 millions(stats here).Gran Turismo titles sold above 10million each but Gran Turismo 6 sold only around 2 millions(stats here). 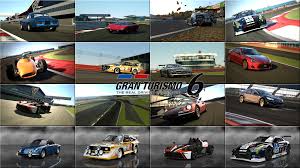 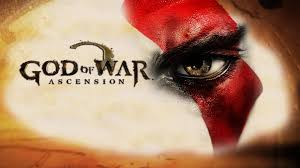 What if Sony released those titles exclusively for the PS Vita?A boost of sales would have happened especially in the western markets.I think that the PS Vita would have have sold way above 10 millions units as of now and Sony could have get more third party support.PS Vita need and deserves more support especially from Sony itself.God Of War,Gran Turismo,Metal Gear Solid,Grand Theft Auto,Monster Hunter,Final Fantasy exclusive spin offs were all present and helped PSP sell 80 million units.Sure the markets have changed with the tablets and smartphones domination and the PS Vita will never reach this numbers,but Nintendo has proved with the 3DS that if a handhelp is supported can sell.Sony will have another change in E3 to announce some great AAA titles for the PS Vita.Remote play,indies,ports,PS now,PS one,PSP titles are all great but won't move consoles.Sony's best shot to finally sell its handheld is by releasing AAA games made by its talented studios...
at Sunday, April 20, 2014