Free to play exclusive PS Vita Destiny of Spirits will be launching on March 25th in NA and one day later in Europe.The game is described as a fun and addictive RPGish strategy where the more friends you have around the world the better off you will be. 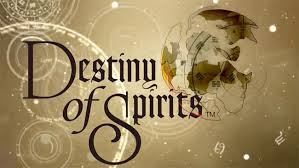 
A nice addition to the handheld's library and don't forget it is free to download and try it SOURCE:blog.eu.playstation.com
at Friday, March 07, 2014