Most anticipated PS4's exclusives of 2014

2014 will be undoubtedly the year of the PlayStation 4.Sony has already announced that 180 games are currently in development and 24 of them will be out exclusively on the PS4.Here is a list with my most anticipated 2014 PS4's exclusive games. 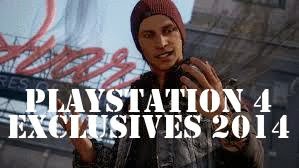 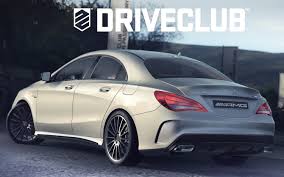 Driveclub,the upcoming racer from Evolution Studios(Motorstorm developers) was supposed to be a PS4 launch title,but was held back for some final polish.The innovative,socially connected racing game has an early 2014 release date and the best news is that there will be a ps+ version,some most of the PS4 owners will enjoy it for free. 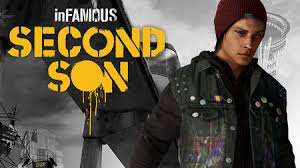 The third main entry in the infamous series from Sucker Punch,is one of the best looking next gen games.The open world action adventure futuristic title has a new main character called Delsin Rowe.For sure one of the best PS4 exclusive.

Capcom's free to play PS4 exclusive title was a tech demo back in February,when it was first revealed at the PlayStation meeting.The RPG title will support a microtransactions form and will also support a multiplayer mode.The game looks absolutely stunning and it's easily one of the biggest third party exclusives for the console

Ready at Dawn,the studio behind the excellent PSP God of war titles,is making it's next gen debut with a new action adventure game exclusively for the PS4.The Order:1886 is a third person shooter set in alternate history of early London,where a group of knights work together to save the world from demons and monsters.Game looks very promising and Santa Monica studio-Ready at Dawn won't disappoint. The classic Amiga game series will be rebooted exclusively for the PS4.Heavy Spectrum is responsible for the title and any fan of this classic game may be interested in.Fast paced action,gore,magics,monsters will make Shadow of the Beast a great exclusive for the console's library.