PS VITA is ready for next gen

With the ps4's launch later this month sony is preparing the ps vita to be the perfect companion.3.00firmware update is now live and among other new features the ps4link app has appeared. 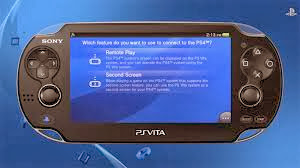 As you can see from the photo above ps4link app allows you to remote play most of the ps4 games and there is a second screen ability between the two consoles.there are some new features in the update such as parental control,a panoramic camera setting and new layout for some apps.check the video below and get your vita ready for some greatness!
at Thursday, November 07, 2013