Call of Duty:Ghosts on PS4 had an incredible 75% attach rate at NA launch

Call of duty series has been a phenomenal seller,after the great COD4 Modern warfare.Every year the call of duty title sells millions and millions of copies and it is no surprise to hear that the same happened with Call of Duty:Ghosts.But what about the NA PS4 launch and the ghosts version? 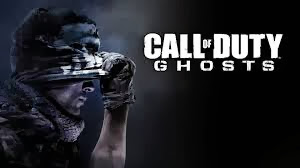 Call of duty:Ghosts is the best selling PS4 title at launch but the most impressive is amount of sales.According to vgchartz Playstation 4 sold 1079311 units and the cod title sold 808779,so 75% of the people that bought Sony's next gen console got the call of duty title with it.Activision's FPS is a system seller that's a fact!
at Tuesday, November 26, 2013