Persona 4 the golden is one of the top PS Vita games so far,no doubt about that.So every vita fan were hoping for an exclusive sequel for the handheld.Today Atlus announced a persona vita title but there are some good and some bad news about that. 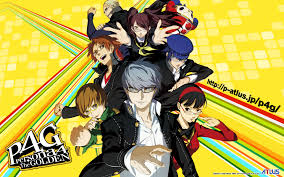 The bad news is that Persona 5 will be released for PS3 and not for the PS Vita sometime in the winter of 2014 in Japan.Atlus also announced another Playstation 3 title,the sequel to Persona 4:arena,Persona 4:The Ultimax Ultra Suplex Hold.The beat em up title will be released in Japan next summer.Watch the trailers for this titles below

Now the good news for the vita fans.Persona 4 Dancing all night,will be a rhythm game exclusive for the Playstation Vita.The title will be released in fall 2014,and will feature your favourite chartacters from Persona 4.Dingo(Hatsune miku project diva devs) are the one responsible for this title.First trailer here
at Sunday, November 24, 2013