Activision and Sledgehammer Games has released a brand new trailer for Call of Duty: Advanced Warfare that launches on November 4th, 2014 for PS4 and PS3. 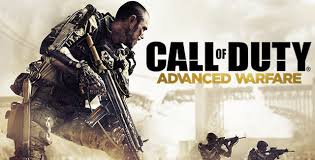 With nations brought to their knees by a global terrorist attack, the world turns to Atlas, the largest private military company on the planet. Power, though, changes everything.It has been reported that Sledgehammer Games will handle the PC and next-gen versions of the game while another Activision owned studio will develop the PS3 and 360 ports