Mortal Kombat X is in development on PlayStation 3, PlayStation 4,(PSVita version not announced but we can hope for a late port) according to a press release from publisher Warner Bros. Interactive Entertainment. NetherRealm will debut the fighting game at E3 2014 next week. 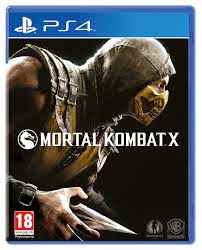 "Mortal Kombat has always been about over-the-top, visceral fighting and with Mortal Kombat X we wanted to utilize the power of new-gen consoles to give players our most intense game yet," said Boon, who is NetherRealm's creative director. "The team has worked hard to make sure Mortal Kombat X delivers everything fans expect along with new characters, new game modes and an all-new graphics engine.
at Tuesday, June 03, 2014