FIFA 15 kicks off September 23th for all PlayStation platforms

FIFA 15 EA's Sports next soccer sim is coming to all PlayStation platforms on September 23th in NA,with the European release following on September 26th.The PS4 version will use once again the ignite engine,while the PS3 and PS Vita versions will probably be the exact same game with updated rosters. 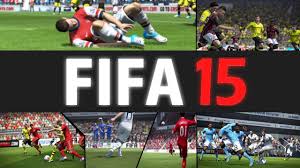 Here is the announcement trailer and EA press release