Remastered GTA City Stories is coming to the PS Vita if we believe a deleted tweet from official Rockstar Games account. 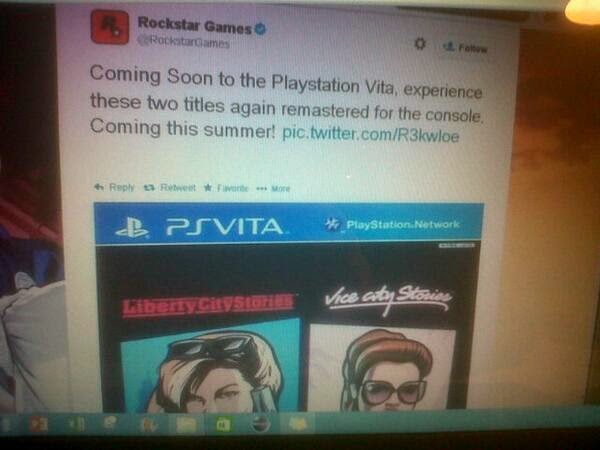 We already know that Take Two filed trademark for City Stories,so maybe it is time for another HD collection for the PS Vita after the recent God of War and Sly Cooper collections.
The rumored remastered collection will feature the two PSP Grand Theft Auto titles Liberty City Stories and Vice City Stories.
A new exclusive PSVita GTA title spinoff would have been a system seller,but i guess if the rumors are true it will be a good start for the future of the franchise on the handheld.
at Friday, May 23, 2014