In a sudden and non expected move Sony made almost all the PSOne classics and PSP games compatible with the PS Vita.Games that weren't compatible before like Crash,Spyro and PSP games like Gran Turismo,Modnation Racers,Metal Gear Solid Portable ops are now downloadable from the PS store and playable on the PS Vita. 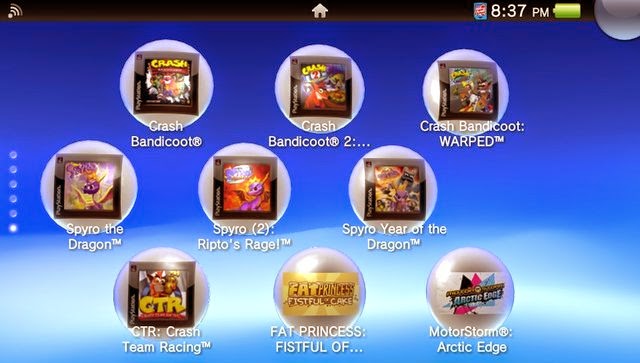 Shuhei Yoshida president of SCE worldwide studios shared a nice tip for PS Vita users playing the previously non compatible ps one classics.
In order to control the camera with the right analog stick(early ps one games didn't support dual sticks) hold PS Button to bring up the system menu select settings and assign buttons to analog sticks.He then gave an example with PS one classic Spyro the dragon.He assigned R2 and L2buttons that originally moved the camera to right analog stick. 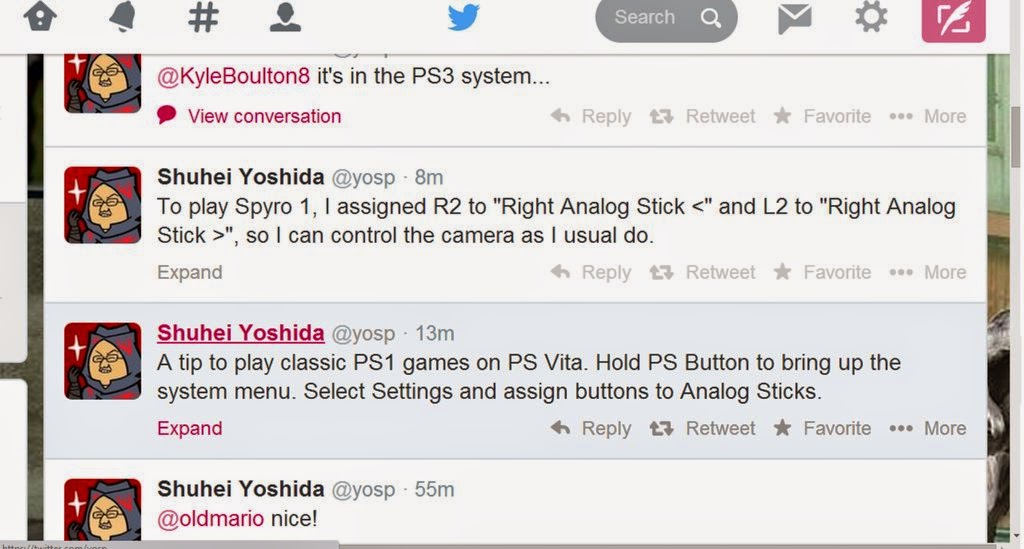 Nice tip classic games will be even better in the palm of your hands!
at Tuesday, April 22, 2014