Far Cry 4 will be released in the first half of 2015 and be set around the snowy mountain ranges of the Himalayas and Ubisoft will be officially unveil the game for PlayStation 4 at E3 2014. 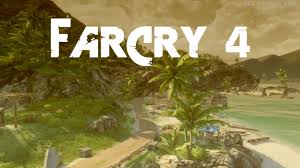 There are little info about the game but Far Cry 4's gameplay will remain similar to that in Far Cry 3.One new element is that players will have the ability to ride elephants.Ubisoft's precence in the E3 will be very interesting with next gen titles like Assassin's Creed Unity,The Division,Far Cry 4
at Saturday, March 22, 2014